I spend a lot of time on youtube. There is a ton of content here to scratch my itch, from short bite pieces, to longer full length documentaries.

Here is a sample of what got my attention in the last couple of weeks.

Well XCOM 2 I've only beaten you once and it hasnt been with the mutiple DLCs that I've picked up. Even with all the travel it's been hard for me to drop back into the game and devote that much time to a single thing. This looks like it may bring me back.

Hulk is my favorite Marvel Comics character. I am a fan of Captain America but understand that being a fan of a character that's been around for thousands of stories over dozens of years is blanket statement. Their a bad stories and good stories but the essence of the character is what sticks.

The Marvel Cinematic Universe version of Captain Steve Rogers is my favorite take on the character. His faith in people ... is what I think we need more of.

I am not a citizen of a the United States of America but I am their neighbor. They have a lot going on right now and it's sometimes very hard to watch. Watching this made me think that I was not the only one feeling the way I was and there are still folks next door who want to do better.

Former president Obama speaks at the University of Illinois

Being sensitive to folks is a good thing, letting folks use that good will to support an ego driven destructive desire is lame.

Dungeons and Dragons is a staple in my library of games. This guy does some great videos on the game and really breaks down the excitement and the fun of the game.

This is very neat and I really like when I see technology changes and evolves.

See you all next time

Dozer
Ramble by Unknown at 07:14 No comments:

It's been a long while. I moved to a new home, I ran an Infinity event in Ottawa, I visited GENCON, Got close to tornadoes, I'm looking at new work... It's been very busy.

The news tells me the world is a bit of a shit storm right now. Folks on TV and on Youtube are upset over this and that. I'm not marginalizing the issues, I just have the time or energy to address each one here - there are other places that do the better job.

Here as some of my favorite words that I look at to feel a bit better. 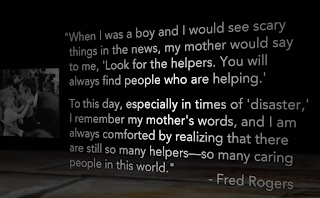 I'm not sure on when the next post will be but at least I have something nice up until that happens.

Email ThisBlogThis!Share to TwitterShare to FacebookShare to Pinterest
Labels: Break

Capital Conflict is back. Capital Conflict is also an Infinity Tournament that I host for players from all around Canada but most come from Ottawa. As of this post we're looking at getting to my optimal 16 players. We have 11 fully registered via google forms and waiting on three more to fill out their stuff. I'm two players away from having to start worrying about tables. My max is 24 players and that number is a bit nerve wracking for my second event as I don't want to ever sour the community.

I have three tables, Ontos has three tables we can do 12 players... with some tables from some other folks who have 2-4 tables suddenly we're doing well again. Add in the need and you can start hitting up the meta playing locations to lend us their stuff and we're good. So tables is something I'm not worried about.

I have both packages of prizes coming in; Alpha Terrain and Every Little War have shipped the prize support. Our local shop is looking at supporting us and figuring out what they hand out. Depending on the number of players will determine an order of food and maybe some extra terrain.

Running the event is easy with Lady Bear giving me a hand. She helps pick up the food and keep things running facility wise while I work the tables and dish out rulings. Molotov will be doing her thing using Pale Rider's camera taking fancy ass pictures for the event to be posted on Facebook.

I also will be using google forms to pull all the results with lessons learned from last Rumble on Route 66. Google forms has been a learning experience and I'm going to keep using it. I need to sort out a few options on the registration form but it will now be a better experience for my players.

Dozer
Ramble by Unknown at 11:31 No comments:

Email ThisBlogThis!Share to TwitterShare to FacebookShare to Pinterest
Labels: Infinity

We are back to One

For over a year I've been working on two blogs - this one and the one I ran with a few mates when they had time to hand up some posts. It's not dead but it's in stasis. Until I get more folks to regularly contribute my efforts there have come to an end.


This changes things for me. For one I've not been posting anything here about anything on the table, it was everything but the gaming on the table. I did that so I could use the other blog as a focus for that part of my life and focus on more detailed posts on different subjects. As that is not longer the case I will return to writing about the table here.


Also working only one blog focuses my efforts one a single point in this case this very blog.


I have a lot on my plate right now and this season has not been easy. New house, house renos, GENCON, Capital Conflict 2018, my back, my family... also it's summer I want to enjoy the not winter. So Posts will be coming back slowly into a regular schedule.


I'm here and I'm back posting.

My name is Dozer, I work for the Oppressive Arm of the Man as a 1st level boss. I warned everyone that a Tauntun wouldn't make it past the first marker and walking into Mordor is a poor idea. I stole those drugs from that journalist on Friday to keep the Spice flowing. My Little Black Pig is always getting lost but he's not singing in that punk band 'the Replicants' anymore. I've got levels in Nerd, with some student feats and a few advancements in Husband. The cat is dead - ignore that eight and a half by eleven. Be happy said cat wasn't fed to a murderous ATM machine from the 1980's. Tap this card and spend 1 Colourless Mana, 1 Blue Mana and 1 Black Mana to activate the Intrigue/Psi, Human only Conflict - 'Where is John Galt?'. I was almost eaten by a Grue but I know the Konami code and Cup taught me the Universal Greeting. My ARO is pop my Feat and pass the dice for armour saves. Don't ask why we don't have enough fuel to make 88 mph. It has to do with making room for the tuna, fighting over crackers and a Big Gay Robot. For those of you who want to know I call it 'Dick Grayson'. Chocolate covered pretzel? Damn Romulan Ale. Yip yip!

What do the numbers mean?

These are the scores I use on the blog.

1-FAIL: A product that failed to meet the standard in almost every way.

2-WEEK: A product that met the standard in some cases and could still be used.

3-BRONZE: This product meets the standard in every case and is servicable.

4-SILVER: This product exceedes some of the standards making it a positive choice.

5-GOLD: This product surpasses all standards and is a must have.